For the son of Mohammad Reza Pahlavi محمدرضا پهلوی‎, Reza Pahlavi, Crown Prince of Iran رضا پهلوی‎‎; to establish the Pahlavi monarchy. He would need the military support of his own people willing to fight with him and the willingness of sacrifice for a better Iran. Take into account the countless people who walked into Cyrus tombs. 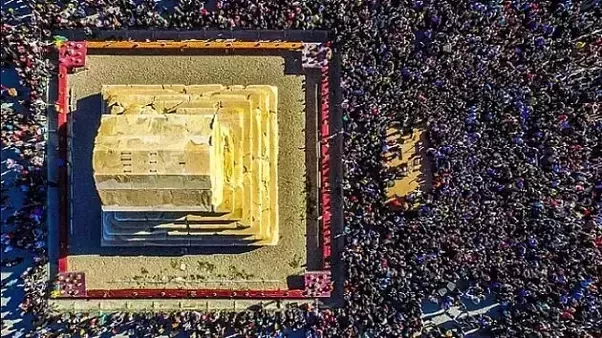 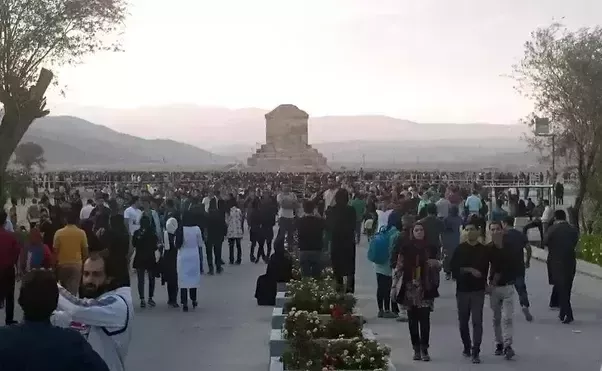 These uncountable people near the tomb of Cyrus. So much or to the Islamic Iranian government, to much people went there to celebrate him. So much so that they were building a fence to keep these men and women from giving there respects.

He would need these people!. For an example, they would need to follow him and commit through loyalty and hope. The same way we(French people) followed our leader Napoleon Bonaparte to the ends of the earth. There was a time when Napoleon Bonaparte escaped prison and came back to France. To quote some sources to help illustrate just how what I mean,

“When troops deployed to stop the march of Napoleon’s force at Grenoble, Napoleon stepped out in front of them, ripped open his coat and said “If any of you will shoot his Emperor, here I am.”

Immediately, people and troops began to rally to the returned Emperor. French police forces were sent to arrest him, but upon arriving in his presence, they kneeled before him. Triumphantly, Napoleon returned to Paris on March 20, 1815. Paris welcomed him with celebration, and Louis XVIII, the new king, fled to Belgium.

Napoleon symbolically was backed by everyone in the country and were willing to commit with everything they had for a better France, that no such situation would not be seen till Adolf came. However, the son of Mohammad Reza Pahlavi has great ideologies that, I do not doubt Israel would return the favor and help him and his cause in taking back Iran. He has very strong values and I see him as the true leader, a true king. Being a considered, by Rabbi Shmuley Boteach and The World Values Network in his speech in the

They are those like us who believe in Human Rights, equality and who stand united against all kinds of discrimination. And they are those, like the Islamic Republic and ISIS’s of this world, who believe in the domination of a single, perverted ideology, at the expense of all those who do not belong in their “gang”.

Let me be clear: WE CAN NOT CO-EXIST… Period!

This is a real battle. Only one side will prevail. The ultimate question is: Are we as dedicated to fight for our shared values as the other side is? I say, we better be!

Sometime ago, the previous U.S President was sent a letter in regards to how he referred the Persian Gulf خلیج فارس as the “Arabian Gulf” The Two Words in Trump’s Speech That Really Enraged Iran. Through his public letter, Donald Trump was given a very mature response by the Prince: 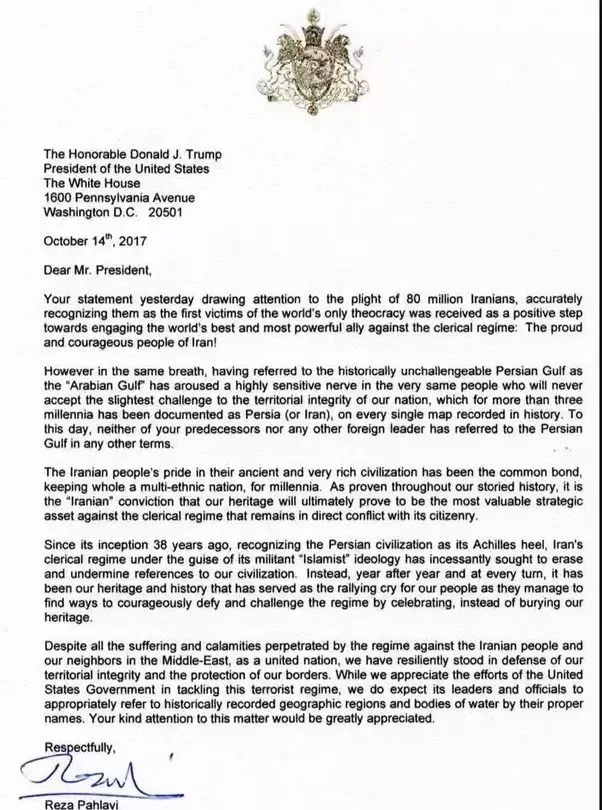 The son of Mohammad Reza Pahlavi محمدرضا پهلوی‎, has all the qualities that would truly make Cyrus look at him as someone who should do whatever it takes to take back Iran if the chance ever comes. A great number of people would support him and help reestablish the Pahlavi dynasty! but more importantly, help bring Iran back to the country of greatness, strength and a nation that would bring back stability for the whole middle eastern region. But most importantly, Peace.

I enjoy the sounds of birds and the peacefulness from the seas. I love nature and the beauty it offers man and reminds them everyday the importance of life and God's presence in many of them. I am a French Monarchist and one who takes joy in Royal histories. View more posts